Alexandria, VA — Feminsts for Life of America announces our support for the Survivors’ Access to Supportive Care Act (SASCA).

According to the International Association of Forensic Nurses, only 17 percent of hospitals have access to trained sexual assault nurse examiners (SANEs) who will provide rape kits.

“The problem was worse than I ever thought. There are hundreds of counties where there was zero access to rape kits. There are countless examples where people had to drive hundreds of miles in order to access evidence collection. In Alaska, there are northern villages where women would have to take two airplane rides, a minimum of 17 hours, in the clothes they were raped in, in order to get access to evidence [collection] which makes prosecuting rape virtually impossible…. It is terribly traumatic to have to seek out any assistance after rape. As a victim, your body has been violated and the victim then has to go to a hospital, where they are photographing and prodding the same areas you were just violated in.“

“The damage that this does to a victim is hard to explain,” Andrea González-Ramírez reports. Griffin helped Washington Sen. Patty Murray craft SASCA, which the senator first introduced in 2016, to no success. 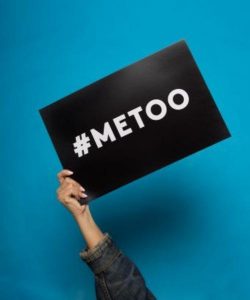 Re-energized by the #MeToo movement, Murray and Sen. Lisa Murkowski of Alaska re-introduced the bill. A version was also introduced in the House by Reps. Pramila Jayapal and Pete King.

Some of the steps the legislation would take to help survivors include:

FFL President Serrin Foster urges FFL members and supporters to call Congress now or ask them for support when they are on the road to campaign. Ask for an in-person meeting.

“SASCA is a priority for pro-life feminists,” Foster said. “This is a natural next step after our work to pass the original Violence Against Women Act and then advocate for state protection from rapists who seek custody or visitation rights. We have been talking about this since it was a campaign issue in 2000 when I researched it and found it was a national issue. Why should rape victims have to pay for evidence collection when other victims of serious crimes do not?”

FFL Speaker and rape survivor Joyce McCauley-Benner added, “Finally, legislators are beginning to put a priority on sexual assault survivors, especially those in areas with few resources and underserved populations. Looking back, as someone who did not choose to have a kit done, I wonder if there were more training, resources, and education with the institutions I interacted with if I would have made a different decision. This legislation could have a powerful effect on survivors. We must continue to fight for survivors as well as work to establish a society where sexual violence becomes unthinkable!“

Please contact your senators and ask them to support S.3203 and your representative to support H.R.6387 by calling the U.S. Capitol switchboard at 202.224.3121. Better yet, contact your state office or, if possible, attend a town hall meeting and make your voice heard, especially during the August recess.