Donate today to get the latest issue of The American Feminist!

Order your 2020 calendar commemorating the Centennial Celebration of the 19th Amendment today!

Be a Feminist for Life!

Donate to receive
our magazine,
The American Feminist,
and other gifts.

Feminists for Life
"According to Feminists for Life of America President Serrin Foster, 'The ERA, as it was rewritten and reinterpreted by both sides as an implicit right to abortion in 1972, denies the right to life of the next generation. It does nothing to advance the unmet needs of women at highest risk of seeking an abortion, including the poorest among us, women of color, women working to achieve their post-secondary degrees, and working women.'

"Further, she added, 'The ERA can threaten many efforts that Feminists for Life of America has uniquely worked on in coalition with other women's groups, such as the Violence Against Women Act, and other special protections for women, including older women. This should be a concern for everyone....'

"For nearly 50 years, smart pro-life feminists have scrutinized and firmly rejected the ERA for only one simple reason: because it's not about equal rights for women — and pretending otherwise will never make it so."

The ERA Died Decades Ago (So Why Are the Losers Still Fighting?)
COMMENTARY: For nearly 50 years, the Equal Rights Amendment has been scrutinized and firmly rejected for one simple reason: It’s not ab...
ncregister.com
43    View on Facebook

Feminists for Life
"This is SO important," observes FFL Speaker and rape survivor Joyce McCauley-Benner. "I also really like the idea of giving victims stuffed animals, too. It may sound silly, but being able to clutch something soft can bring comfort. It can also help a victim to get rid of the clothes she was in during the assault and leave with NEW clothes to help her feel like she is leaving behind the bad and starting fresh."

April is less than two months away and is also Sexual Assault Awareness Month. Joyce is available to present "Victory Over Violence," her personal story of becoming pregnant after rape and not knowing who the father was, as well as "Slaves Among Us: Sex Trafficking in the U.S." To have Joyce come to your event, contact us at info@feministsforlife.org.

After a rape exam, women’s underclothes are often taken as evidence. This nurse buys them new ones.
Martha Phillips sits in the emergency room at PeaceHealth St. Joseph Medical Center in Bellingham, Wash. (Audra Mercille) By Cathy Free February 18, 2020 at 7:00 AM ESTEmergency room nurse Martha Phillips watched a rape survivor walk out of the hospital in oversize scrubs last December, her arms clu...
washingtonpost.com
364 6    View on Facebook

Feminists for Life
Tech companies report an enormous increase in images of children posted by predators. "It is sickening, rampant, and frighteningly escalating," says FFL President Serrin M. Foster. "We live in a culture that destroys children before and after birth — and brings in big profits for those who do not recognize the real value in a human life."

Tech Companies Detect a Surge in Online Videos of Child Sexual Abuse
In a first, videos outnumbered photos in reports to the authorities last year. Facebook found the most imagery, the bulk of it on its Messenger app.
nytimes.com
158 3    View on Facebook 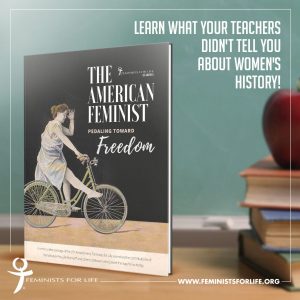