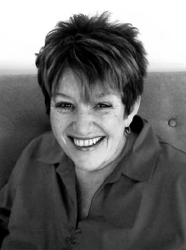 When I was in my early twenties, I relinquished a child for adoption. When I became pregnant again, I decided to abort — partly because my experience relinquishing my firstborn was so isolating and unsupported. I still remember having a dream about aborted babies after the abortion. I began to do some research on fetal development and decided, based purely on that research, that abortion is harmful for women and for babies. Then, I started to work through my grief for my own aborted child.

My now 30-year-old daughter was born a few years later. Because I was a social worker, I was approached by the director of a local church-based Crisis Pregnancy Centre to join him and his board of directors to set up another CPC. During my work, I became aware of the divide I was experiencing between my feminist ideology and some of the local pro-life stances that, while well-meaning, put me at odds with others over some of the main reasons why women abort and how best to work with those who do not share Christian beliefs.

That was when I became aware of Feminists for Life. A friend and I joined another Canadian woman who wanted to start a pro-life feminist group. We began to approach pro-life groups to start a dialogue concerning more effective ways to work with women experiencing crisis pregnancies. It was a bit of a disaster, and I felt disheartened. We also could not make any inroads with feminist groups in Vancouver and Vancouver Island — they were just not open to any dialogue.

Although our attempts to start a Canadian feminist pro-life group did not come to fruition, I continued to work with women in crisis at the CPC and was grateful that the director was himself a feminist. The board then set up a safe house for pregnant and vulnerable women, as well as a crisis telephone line for rape victims, which I staffed.

The more I did post-abortion counseling, the more I went to the FFL website to get ideas and answers about how best to work with women and how better to respond to both Christian and feminist groups. After I made him aware of the amazing content, the director also became a faithful reader of the FFL website. In all of my subsequent social work positions, I have been able to work with women of all ages experiencing crisis pregnancies. I am indebted to FFL for all the work they do for those experiencing a crisis pregnancy. My best ideas have come from reading FFL’s materials and passing on what I have learned to my feminist pro-choice and pro-life friends. Thank you, FFL!

Tricia Green has worked in the social services field for government, church, and community nonprofit agencies for the past 35 years. Ms. Green currently works as a Family Coach in Calgary, Alberta.