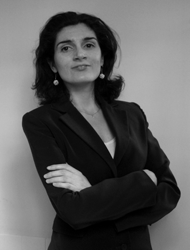 Before my teenage pregnancy, I was never in favor of abortion. Bowing to my boyfriend’s decision to abort our baby compelled me to build an emotional wall. After I let abortion enter my life, there were two persons in me: the pro-choice feminist and the broken-hearted girl.

The former was trying hard to convince herself that she did the right thing and that abortion was a matter of women’s rights. Getting rid of a clump of parasitic cells was merely part of life. Glowing with lip gloss, sexy outfits, and engaging in “no strings attached” relationships, she clung to her anti-motherhood privileges. The latter, recoiled in her shell, was afraid to give her trust and love, and was grieving her baby.

To be able to survive, I denied my baby’s humanity, the violence of abortion, and my maternal instinct. But I was also wounded and horrified by the drama within which I had been both victim and actor.

Once in a movie, I saw a caricature portrayal of angry anti-abortion people. They were shoving a tiny plastic figure in a pregnant girl’s face saying, “This is your baby.” The liberal feminist in me was outraged, and the broken-hearted girl was feeling judged.

After my second abortion, I lost interest in my sexual conquests. The despair had become stronger than the Parisian romance lifestyle. The deep cut in my heart made it harder and harder to rationalize the evil of my actions.

One day, I noticed a “Pray to end abortion” bumper sticker on my fiancé’s mother’s car. His sister had participated in the annual March for Life in Washington, D.C. These events made me feel dirty, a little outraged, and mostly confused.

I’ve heard pro-choice sisters respond many times when recalling an abortion memory, “You don’t want to go there.” There is exactly where pro-life folks want to go, trying to open the door we slammed shut after we sold our souls to abortion. They make us feel uncomfortable because they remind us of one of our darkest deeds. We are hurt not because of their actions, but because of our own. We want freedom, but we cling to our chains. As long as we keep the door shut, freedom will escape us. We need to keep the door open and say, “Welcome.”

The wound of abortion needs to be revealed in the light in order for it to be healed.

Beatrice Fedor learned of Feminists for Life through the Silent No More Awareness Campaign in 2008. As a regional coordinator, she received a copy of “Pro-Woman Answers to Pro-Choice QuestionsTM,” authored by Feminists for Life President Serrin Foster. For the past four years, Ms. Fedor has been sharing her story, counseling women seeking abortions, and reaching out to others like her who have had abortions, all in cooperation with Rachel’s Vineyard Retreat, local faith-based organizations, and radio outlets. She blogs about women’s issues and is always open to dialogue with pro-choice people.