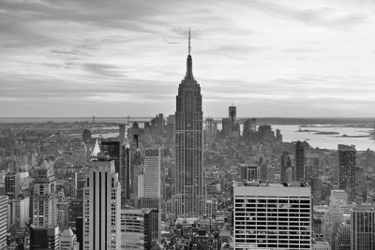 I am a liberal. I believe in a comprehensive, government-funded social welfare network, national health insurance, more spending on foreign aid, and a reduced military budget. I am also a liberal Jew. I believe in a symbolic interpretation of the Bible and support women’s and marriage equality within Judaism.

My opinion of abortion first developed about a year after the Roe v. Wade Supreme Court decision legalized abortion nationwide. Based on the inaccurate information I received in my 10th grade health class, I decided that a fetus became a human being at about 12 weeks gestation, and therefore abortion on demand should be permitted before then. I could not understand why I saw “Abortion is Murder” bumper stickers, nor why another student wanted to start a pro-life group in my high school.

I began doing some volunteer work in a local veteran’s hospital and started thinking about what gave life meaning and purpose. Did I believe that the people under my care — those so mentally and physically debilitated and so dependent upon others — truly had lives worth living? Later, as I worked summers as a nurse’s aide in a nursing home, I continued debating these questions within myself.

While working at the nursing home, I read two books that have made the most impact on my life. One was In Necessity and Sorrow: Life and Death in an Abortion Hospital by Magda Denés, a psychologist who described what happened in an abortion clinic. She provided graphic depictions of aborted fetuses as well as interviews with the women who’d had abortions, most of whom felt forced to abort because of difficult circumstances. The other was Aborting America by Dr. Bernard N. Nathanson, an atheist gynecologist of Jewish heritage. He was the medical director of one of the first free-standing abortion centers in the country and had also been a leader in the abortion rights movement. He described in a very dispassionate and rational way how he had become pro-life through his study of fetal development and ultrasound. This made sense to me, and I continued to wonder where the line could be drawn in fetal development — when did a human life became a person? I also wondered when in the continuum of human life did a human being stop being a person?

I knew instinctively that the lives of my nursing home patients had meaning and purpose. Regardless of how “useless” they might appear to be in the eyes of society or even in their own eyes, my patients were of infinite value and worth. They were sacred by virtue of being human.

I asked myself, if I believed in personhood at the end of life, then, logically speaking, what should my belief be as to the value of the fetus?

The answer was clear. If life that was debilitated and dependent at the end of life was sacred, then human life at its beginning must also be sacred. A fetus, too, had to be a person, regardless of the value conferred upon it by others.

I became a reluctant pro-lifer.

I called the National Right to Life Committee and said that I was a liberal but I was pro-life — was there anything out there for me? The person on the other end of the line chuckled as she referred me to Feminists for Life.

FFL sent me pamphlets that blew me away, especially those by Rosemary Bottcher and Elise Rose that explained how abortion continues women’s oppression in society and does nothing but maintain the status quo. Rather than meeting the real needs of women and children, society offers abortion. I asked myself, “Where has Feminists for Life been all my life?”

Soon, I made the right-to-life movement and pro-life feminism the center of my life. I became involved with many pro-life organizations, some progressive, some not. I wrote and spoke about pro-life feminism. I traveled all over the country attending conferences. I joined the executive board of Feminists for Life. I volunteered at crisis pregnancy centers. I contributed thousands of dollars and hours to the pro-life movement. Most of my close friends were pro-life. I bored my family by talking about it so much.

Though I often felt culturally alone in pro-life circles — sometimes very painfully so — I have found in general that pro-lifers are more tolerant of progressives than progressives are of pro-lifers.

I knew all along that pro-lifers’ only real enemies were the economy and the culture. If we enable women to have real choices, choices that do not pit their survival against the survival of their children, very few would choose abortions. If we work with others who are interested in human and economic rights issues, and especially with those who wish to empower women and poor people, we may have a chance.

Ultimately, the root cause of abortion is alienation, which sociologists define as powerlessness. After close to thirty years in the pro-life movement, I have spiritually come full circle, reuniting with my progressive community. We need to realize FFL’s mission. The way to limit abortion is to provide social and economic support to enable women to have children. I believe that nothing else will be truly effective. By joining with those who disagree with us, to empower women and to achieve a more just society, we will liberate not only pregnant women but ourselves as well.

Sharon Long served as secretary of the board of Feminists for Life. She is a psychiatric nurse and lives in New York.