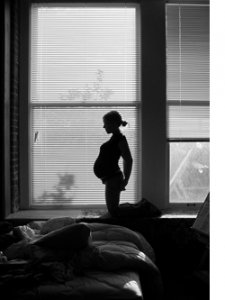 In 2010, through legislation aimed at health care reform, Congress created the Pregnancy Assistance Fund to provide support and services for pregnant and parenting teens, pregnant and parenting college students, and pregnant victims of violence. The Pregnancy Assistance Fund was inspired in part by Feminists for Life’s Elizabeth Cady Stanton Pregnant and Parenting Student Services Act and distributed $35 million in grants to states and tribes in its first year.

FFL highlighted this historic accomplishment in its 2010 issue of The American Feminist®, “FFL Activists Change Campuses, Change the World.” Feminists for Life President Serrin Foster celebrated the legislative victory saying, “As the only pro-life group active in the coalition to pass the Violence Against Women Act in 1994, and the only feminist organization to support the Unborn Victims of Violence Act, Feminists for Life is eager to see grantees working on behalf of this vulnerable population. We refuse to choose between these different efforts. Oftentimes, these issues overlap, especially when it comes to victims of coercion who are in high school or college, or living in poverty.”

Feminists for Life has long advocated support for pregnant victims of violence. In 2003, Serrin Foster testified before the U.S. House Judiciary Committee in support of the Unborn Victims of Violence Act (otherwise known as Laci and Conner’s Law). Foster explained to the committee the urgent need for protecting pregnant women and their unborn children from violence:

What is the appropriate response to a woman who has lost her unborn child due to an assault that she survived? What is the appropriate response to survivors when an assault takes the lives of both a pregnant woman and the child she carries? [Early American feminist] Sarah Norton asked this question more than a century ago. Speaking of the then-common situation in which an unwilling father attempted to kill an unborn child, she asked, ‘Had the scheme been successful in destroying only the life aimed at, what could have been the man’s crime and what should be his punishment if, as accessory to one murder he commits two?’ Today’s victims are speaking loudly and clearly on this issue. We need to listen.

FFL has listened to women who have survived unspeakable violence and demonstrated its commitment to these women through its work in the creation and implementation of the Pregnancy Assistance Fund.