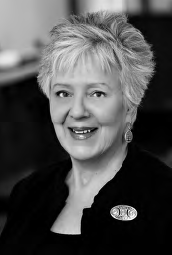 “…you can’t let a snake into the house and think it won’t bite.”
By Rose Marie Jackson

I became a social worker because I wanted to dedicate my life to helping the most vulnerable in society. It was my honor to serve as an officer at the state level for the National Association of Social Workers. Shortly after the U.S. Supreme Court handed down Roe v. Wade and Doe v. Bolton, I was asked to present a position paper before the New Jersey State Assembly in support of full and open access to abortion services.

I was so angry about the injustice and abuse done to women across the social spectrum that I did not take time to think before I acted. On that day in Trenton when I read the profession’s statement, I believed what I read.

And I acted on the day that Leona (not her real name) furtively arrived at my office, sitting like a child wrapped in her own arms as she told me her story. Raised in Trinidad and Tobago in extreme poverty, she created and sold jewelry to vacationing tourists. When a friend of the family arranged for her to come to the United States, she jumped at the chance. The friend of the friend met her at the airport, took her into his home, and taught her the fine art of prostitution. Part of that lesson included raping her. The rape resulted in pregnancy. She thought now that she was carrying his baby, he would take her off the streets. She was wrong. There are those in the trade who seek the pregnant. She began to despise him and by extension, the child she was carrying. She came to me to help her get an abortion. She said she was not quite three months pregnant. To my lifelong sorrow, I did what I thought was best for her at the time.

We went to a clinic in Manhattan where it was determined that she was too far along for an early surgical abortion, so they injected saline solution directly into her womb. We came back to my home. She slept on my bed, and I slept on the floor while she experienced the full pain of labor and delivered a perfectly formed baby boy who had been burned and poisoned to death in his mother’s body. I caught him in an orange plastic bowl and placed him in a bread bag. He had been growing for almost five months.

It is a slippery slope into self-deception. I had already publicly given my support to the practice of abortion, and now I had personally participated in one. Though I felt that abortion should remain legal to help those in extreme circumstances, and though I had been a willing partner in an abortion, I deluded myself into thinking that abortion should be available, but it would never apply to me. I would never have an abortion. But you can’t let a snake into the house and think it won’t bite.

I became pregnant in my first year at graduate school. Though shocked at the reality, my initial reaction was joy. Because although America was still debating the viability of the fetus, every pregnant woman knows that she is carrying a child. The father, in fear and denial, said that I had gotten pregnant on purpose. My mother believed that it wasn’t really a baby until the third month, and she questioned my ability to succeed if I had the responsibility of raising a child alone before finishing my degree. My brother begged me to let the child live, as did the family of a friend. The fear, uncertainty, and flurry of intense contradicting emotions were excruciating. I just wanted it all to stop. On Valentine’s Day 1975, I chose death. A year later, I chose death again.

Denial and dissociation are effective numbing agents. It wasn’t until one afternoon many years later, while I was holding my twin babies in my arms and praising God for his goodness to me, that the grief surrounding the loss of my first two babies erupted unexpectedly. It seemed bottomless.

My first step toward healing came when I became involved with the work of a crisis pregnancy center. I read about the possibility of experiencing Post-Traumatic Stress Disorder (PTSD) following an abortion, completed a workshop on post-abortion healing, and found that we can be free to face the pain, knowing that God’s touch heals and makes new. Seven years after my first abortion, my husband and I married on Valentine’s Day. A day marked earlier by loss is now filled with great love and four children who fill our hearts with great joy.

Editor’s note: There is a difference between the clinical diagnosis of Post- Traumatic Stress Disorder (PTSD) and the far more common experience of post-abortion regret. Most women do not experience clinical trauma, but many may experience regret.