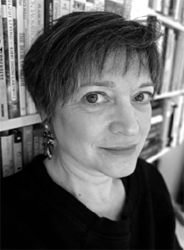 I became pro-life because I opened my eyes. It’s not very dramatic or poetic, but I’d based my previous beliefs on practicality and principles, not on facts.

I am astounded that I was over 30 before I noticed I hadn’t asked any questions about the legitimacy of elective abortion. I grew up in the 1960s with parents who believed legalization of abortion was a rational, welcome relief. Safe, elective abortions allowed women to make their own choices. What else was there to know?

I have always lived my life asking questions, researching positions, and challenging assertions, accepting few things without proof. The necessity of legalized elective abortion was one of those few things. I was born a feminist and resented the idea that women couldn’t do and be whatever we wanted. Unwanted pregnancies seemed a quick way to shut down plans and dreams. This view was reinforced within my Reform Jewish community.

I accepted the “It’s a blob of tissue” argument. I believed that if something needed another person’s body to live, it was part of that person — one and the same.

My husband and I were married in the mid-’80s and were eager to start a family. After two miscarriages, I was reeling with pain and confusion. How could I be so sad about the loss of “a potential” life? Was I thrown because I expected to be in control? I finally realized I was grieving but still tried to insist to myself that the grief was for lost opportunities, not lost babies.

Pregnancy number three brought out the big guns of personal research. Knowledge is power, and I wanted some kind of power in this essentially powerless situation. I began dissecting each week of pregnancy under a virtual microscope. Oh, my, a heart was beating already? Three weeks after conception?

This almost flipped the light on. But my go-to logic supporting my pro-choice beliefs was, “If it can’t live outside me, it is me; it’s my body.” I am baffled at the ability of the human brain to see and hear what it wants or expects to see and hear. DNA — how was it I understood DNA yet never placed “DNA” and “pregnancy” in a sentence together? My hair, my arm, my breast, my kidney — those are parts of my body. Those share a common DNA. That baby has its own DNA, from the moment of conception. Not mine, not Dad’s, but his or her own — inescapably not my body.

“But,” my pro-choice feminist brain screamed, “it’s still in my body! That makes it different!” But does it? Relentlessly analytical, even with myself, I knew this needed further picking apart.

My core beliefs include valuing people equally without regard to race, gender, age, size, popularity, or intellect. Randy Alcorn, in Prolife Answers to Prochoice Arguments, suggested adding “place of residence” as another unacceptable reason to discriminate. While true, defining a woman as “a place of residence” for her baby wasn’t quite working for me. I needed to expand my understanding why the “in my body” argument wasn’t morally strong enough.

If a person is an unwelcome intruder, even a thief, morally you can’t kill someone just because she is on your turf. If your life is in danger and you will die if you don’t act, you are morally permitted to save yourself. But if your life is not in danger, you must deal with the situation in another way.

Traditionally, rabbis permitted abortion from this principle of self-defense. If continuing a pregnancy would cause the mother to die, abortion is permitted. No problem here — that is pro-life. Modern Reform Judaism, however, maintains a far more flexible standard. It is simply a woman’s choice to continue or end “a pregnancy.”

Judaism is driven by a very practical and passionate commitment to social justice. Reform Jews embrace these values and typically consider legalized abortion as practical support for women. I feel completely isolated in my pro-life beliefs. One of the things I love about Judaism is the willingness the think critically, to “wrestle with God,” and to embrace scientific fact and exploration. Yet my community is failing to even discuss the issue, much less think critically and embrace science.

I am deeply aware of the power of words and, as a writer, am firmly committed to calling things by their proper names. It is wildly irritating to me that the debate over elective abortion still is hidden by the claim that “we don’t know when life begins.” Science answers that clearly. The unstated subtext is, “When does valuable life begin?”

My moral code does not allow for relative value of human beings.

Society is measured by the way it protects the weak and vulnerable. I want to live in a world that tries its best to protect those who can’t protect themselves. Don’t we all? I know my fellow Jews do. Even if we’re not capable of reaching our ideals, sacrificing them for practical solutions ensures we will never become whom we most want to be.

Ellen Judith Reich lives in Charlotte, North Carolina and is a member of Beth El Synagogue. She is the author of Waiting: A Diary of Loss & Hope in Pregnancy and a second memoir, Beginning at the Well: Jewish, Feminist & Pro-Life (not yet published).