A century after suffragists and abolitionists fought for the rights of women to vote and the rights of slaves to be free, my parents educated my sisters and me about injustices perpetrated against people because of their race, religion, ethnicity, or gender.

In the sixties, my mother placed a sticker against housing discrimination in a front window of our house. Imagine our shock when I discovered the original deed to our land had a clause that stated it could not be sold to anyone who wasn’t Caucasian. Later, we learned that some of our ancestors actually owned slaves. People were listed among animals and household items to be passed on to heirs in their wills.

My parents grew up during World War II, and had seen some of the worst — as well as the best — that people can do. My father warned us to watch out for vulnerable people to become the next victims of atrocities and other forms of injustices. He challenged us to speak out for them.

Today, as we commemorate Martin Luther King’s birthday, descendants of slaves and slaveholders unite against discrimination and violence. All people are equal. All choices are not.

A week from now we will prepare to speak out against another terrible injustice perpetuated against women — as well as their unborn children — through the Roe v. Wade decision.

Whether you choose to educate others in the tradition of teacher turned organizer Susan B. Anthony, or peacefully protest like Alice Paul, Feminists for Life equips you with striking signage to share these basic truths.

Have your local copy shop download and print them as placards or posters — or pick them up at FFL’s booth at the Students for Life of America or Cardinal O’Connor Conferences on January 22nd while supplies last.

Because all people are equal, and women deserve better than abortion, 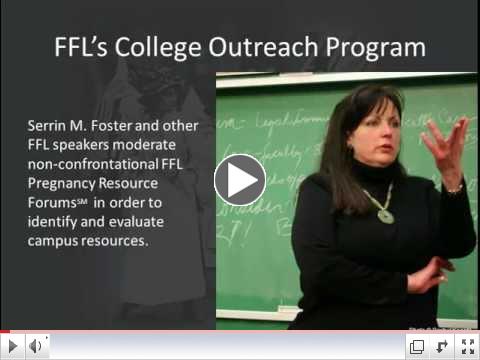