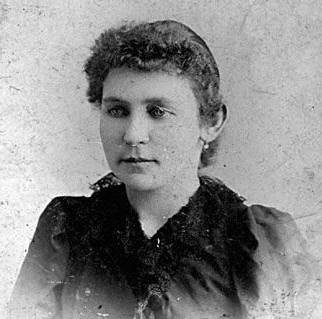 One of the strongest suffragist voices for the rights of the unborn in the 19th century was Eleanor Kirk, a novelist whose husband deserted her after a decade of physical abuse and infidelity. In both her novel and in her essays, Kirk castigated abortion doctors and argued passionately for the rights of women workers.

Like many of the early suffragists, Kirk wrote for The Revolution, the newspaper published by Susan B. Anthony and Elizabeth Cady Stanton. In “A Word to Abused Wives,” she argued that women should not wait for the vote before leaving an abuser:

Ten miserable years of married life, in which every article of the wifely contract was performed to the letter, and, as far as possible, in the required spirit — ten years of abuse, drunkenness, infidelity and poverty — ten years of childbearing and child-nursing — deprived of home comforts — cursed, kicked, and finally deserted — has led me to a place where I may not say “wait.” No one can be more fully alive to the signs of the times; no one can see, with a clearer vision, the immense benefit accruing to all from female suffrage, than the writer….

Knowing from bitter experience that not all women could rely on husbands and fathers to support them, Kirk skewers a common anti-suffrage refrain in a Revolution article titled “What Will Become of the Babies”: “What will become of your babies, madam, should you be suddenly deprived of the means of their support? Have you the courage, stamina, ay, ability, to fight the world single-handed?” A woman, she argues, needs voting and working rights.

It is in the context of “What Will Become of the Babies” that Kirk suggests feminism is the key to eradicating abortion:

What will become of the babies? Why doesn’t somebody ask — what has become of the babies? Ask [abortionist Madame] Restelle [sic] and thousands of physicians, male and female, who have been engaged in their work of destruction for years. Physicians who have graduated from our first medical colleges, physicians with high sounding diplomas, whose elegant equipages stand in front of Fifth Avenue mansions, who pocket a big fee and a little bundle of flesh at the same time, and nobody’s the wiser! not even the husband in hosts of instances. What will become of the babies — did you ask — and you? Can you not see that the idea is to educate women that they may be self-reliant, self-sustaining, self-respected? The wheel is a big one, and needs a strong push, and a push all together, giving to it an impulse that will keep it constantly revolving, and the first revolution must be Female Suffrage. After this, the ponderous affair will move regularly, and perhaps slowly; but education, more physical, and intellectually practical, will as surely follow as dawn follows the darkness of night…. God speed the time, for the sake of the babies. Little ones will then be welcome, and mothers will know enough to instruct them sensibly, with a view to the practical side of life.

Some of these words are echoed in Eleanor Kirk’s novel, Up Broadway, which sympathetically portrays the plight of women subjected to double standards and allowed few decent work opportunities. Mary, a character driven to prostitution to support herself and her daughter, tells the narrator that abortion is procured by the poor and the wealthy:

Children are conceived, some of them legitimately, but children are troublesome comforts, and no fashionable woman wishes to be bothered with an increasing family! So Dr. So-and-so, who lives in close contiguity, and most sumptuously, is called. The result — an abortion; and the murderer pockets his big fee, and keeps on his work of destruction.

“There is no mistake,” the sympathetic narrator agrees, “that infanticide is one of the most terrible and glaring evils possible to conceive of…” Up Broadway was serialized in The Revolution before being published as a book in 1870.

Serrin Foster, president of Feminists for Life, is particularly inspired by Eleanor Kirk, who “connects women’s rights to the rights of the unborn…. [H]er vision of strong, educated women who have political clout to protect the unborn is filled with hope for the future.”