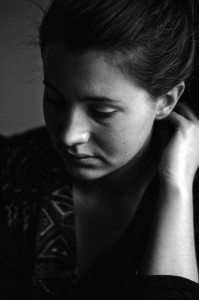 Just a few weeks after receiving my acceptance letter to my first-choice graduate program, I discovered I was pregnant. My daughter was conceived by rape.

My boyfriend and I were having consensual sex. However, he took off the condom, and when I realized he did, I told him to stop. I said, “Stop, get off me; you know I’m ovulating,” and he grinned and continued. I couldn’t get him off me. This was rape as well as a forced conception. He later said he was afraid I would leave him. We’d only been dating six months, and I had repeatedly expressed that I didn’t want more children. I have other children and an ex-husband who does not provide support or co-parenting. A local sexual assault group I contacted didn’t think I had a chance prosecuting him with rape and discouraged me from taking legal action for the sake of my daughter — who could be labeled socially as a product of rape.

When I told a few people what happened, no one had heard of this happening. Since then, I have done some research and discovered rape and forced conceptions are not uncommon in abusive relationships. In the case of my rapist, there was no abuse in the relationship prior to this event. He became verbally abusive and threatening after I ended our relationship right after the rape.

I never considered abortion, for all life is sacred, but I had to deal with the fact that I had a pregnancy forced upon me and I would have no emotional or financial support to raise my child. I was committed to finishing my professional pursuits and did not want another child. Yet, I loved all my children, and my heart grew to love this precious life within me. There has never been a day when I associate the events of her conception with her as an individual. She is such a joy, and I feel so blessed.

Yet our society is unkind to single-parent households in general. During my pregnancy, as well as afterward, I’ve had to deal with judgments and comments, such as:

“Why didn’t you just have an abortion?”

“You are choosing to have the baby, stop acting like a victim.”

“Did you know there was a serious population issue?”

“Do you know who the father is?”

“Are you going to get your tubes tied after this one?”

When people perceive abortion as a viable “choice” for all women, women are actually stigmatized for not “being practical” and making use of this “option.” Thus, the abortion issue places the focus — and the blame — on women versus the society or the male parent who may be irresponsible, abusive, or, as in my case, a rapist.

I gave birth to my child and stayed on course with my goals. I am in the last year of my professional program. My daughter and her elder siblings are all unique, amazing children.

The author has chosen anonymity for safety reasons. FFL respects her privacy.