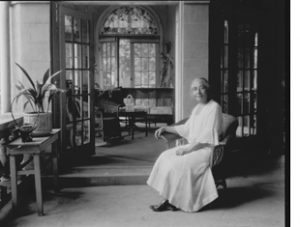 Woman should not, even by inference, or for the sake of argument, seem to disparage what is weak. For woman’s cause is the cause of the weak; and when all the weak shall have received their due consideration, then woman will have her “rights,” and the Indian will have his rights, and the Negro will have his rights, and all the strong will have learned at last to deal justly, to love mercy, and to walk humbly; and our fair land will have been taught the secret of universal courtesy which is after all nothing but the art, the science, and the religion of regarding one’s neighbor as one’s self, and to do for him as we would, were conditions swapped, that he do for us.

It cannot seem less than a blunder, whenever the exponents of a great reform or the harbingers of a noble advance in thought and effort allow themselves to seem distorted by a narrow view of their own aims and principles. All prejudices, whether of race, sect or sex, class pride and caste distinctions are the belittling inheritance and badge of snobs and prigs.

The philosophic mind sees that its own “rights” are the rights of humanity….

The cause of freedom is not the cause of a race or a sect, a party or a class, — it is the cause of human kind, the very birthright of humanity. Now unless we are greatly mistaken the Reform of our day, known as the Woman’s Movement, is essentially such an embodiment, if its pioneers could only realize it, of the universal good. And specially important is it that there be no confusion of ideas among its leaders as to its scope and universality. All mists must be cleared from the eyes of woman if she is to be a teacher of morals and manners… it is important and fundamental that there be no chromatic or other aberration when the teacher is settling the point, “Who is my neighbor?”

It is not the intelligent woman vs. the ignorant woman; nor the white woman vs. the black, the brown, and the red, — it is not even the cause of woman vs. man…. Hers is every interest that has lacked an interpreter and defender. Her cause is linked with that of every agony that has been dumb — every wrong that needs a voice….

Is not woman’s cause broader, and deeper, and grander, than a blue stocking debate or an aristocratic pink tea? Why should woman become plaintiff in a suit versus the Indian, or the Negro or any other race or class who have been crushed under the iron heel of Anglo- Saxon power and selfishness? If the Indian has been wronged and cheated by the puissance of this American government, it is woman’s mission to plead with her country to cease to do evil and to pay its honest debts. If the Negro has been deceitfully cajoled or inhumanly cuffed according to selfish expediency or capricious antipathy, let it be woman’s mission to plead that he be met as a man and honestly given half the road. If woman’s own happiness has been ignored or misunderstood in our country’s legislating for bread winners, for rum sellers, for property holders, for the family relations, for any, or all the interests that touch her vitally, let her rest her plea, not on Indian inferiority, nor on Negro depravity, but on the obligation of legislators to do for her as they would have others do for them were relations reversed…. [T]hen woman’s lesson is taught and woman’s cause is won — not the white woman nor the black woman nor the red woman, but the cause of every man or woman who has writhed silently under a mighty wrong…. [The] wrongs [of the American woman] are thus indissolubly linked with all undefended woe, all helpless suffering, and the plenitude of her “rights” will mean the final triumph of all right over might, the supremacy of the moral forces of reason and justice and love in the government of the nation.

Excerpted from “Woman Versus the Indian,”
published in 1892.