A Stanford swimmer was caught in the act violently raping a woman.

Rep. Ted Poe (R-TX) informed us about one of the latest injustices against victims of rape. This former prosecutor and judge gets it. 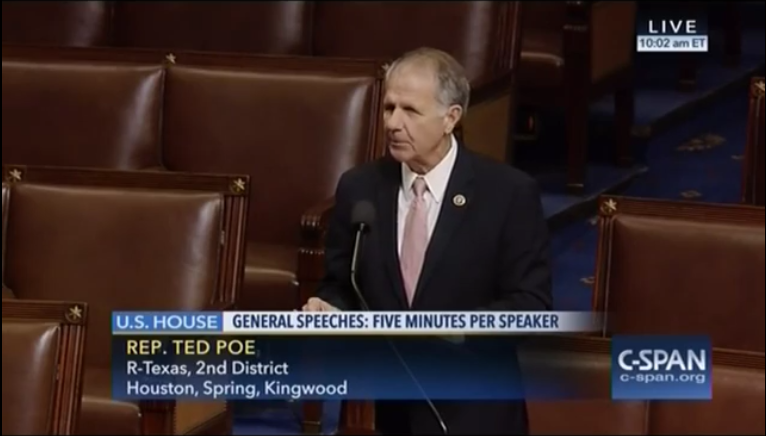 On the other side of the aisle, Sens. Claire McCaskill (D-MO) and Kirsten Gillibrand (D-NY) have also condemned the ruling and are pushing for legislation to address sexual assault on college campuses.

It’s not a partisan issue. It’s a HUMAN issue.

So how is it that this guy got a punishment no longer than a semester in school, while she is punished forever?

As rape survivor and FFL speaker Joyce McCauley-Benner says, “His sentence is further proof that damage to a woman’s body is worth less than damage to a man’s career. So much for ‘Our bodies our choices’ having any meaning. This case should further prove that there is no connection between abortion rights and the liberation of women.”

Rep. Poe echoed what many girls and women have said: Rape is a fate worse than death.

Earlier this month, 19 girls captured by terrorists chose to be burned to death, rather than to be raped.

As The Christian Science Monitor reports, there is a recall effort underway to remove him from office, a difficult — but not impossible — task.

Sign this petition to add your voice to the recall effort.

Support Rep. Poe’s call to action to remove this judge — and others like him — who just don’t get it. And support our call to action that the appeals court repeals the lower court’s verdict and give this woman justice.

As the only pro-life group in the National Task Force on Sexual Assault and Domestic Violence to work successfully for the Violence Against Women Act, we at FFL know all too well the devastating impact of rape on survivors and their loved ones. If you or someone you love have survived a rape or any form of reproductive loss, we want you to know that there IS healing. There IS life worth living.

In the next issue of The American Feminist, we will examine reproductive grief and healing, quoting many who answered our previous call-out to share their experiences for the benefit of others.

Please make sure that your support is current so you can receive this powerful issue. And support our efforts on the behalf of the most vulnerable now!