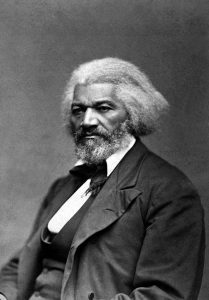 Feminists for Life of America celebrates the passage and signing into law of the Frederick Douglass Act. A special thank you to Rep. Chris Smith for his leadership and bipartisan support from Congress. In a deeply divided Congress, once again we see that we can find areas to move the agenda forward for the most vulnerable.

• age-appropriate prevention education for children;
• shelter, therapy, and reintegration for trafficking victims;
• facilitation of trafficking-free supply chains in U.S. commerce;
• training of U.S. government officials and airline industry employees to better identify and prevent possible cases of trafficking, and;
• oversight to ensure that U.S. government purchases are not employing traffickers.

“As an anti-trafficking advocate, speaker, and pro-life feminist, I am so pleased that this bill was passed and signed,” says FFL Speaker Joyce McCauley-Benner. “Having worked with survivors, I know firsthand how important it is that services are funded. It is equally important to address the root causes in order to bring an end to this criminal industry and modern-day slavery. Prevention and education are all part of the solution.”

Joyce presents “Slaves Among Us: Sex Trafficking in the U.S.” as well as “Victory Over Violence,” based on her personal experience as a rape survivor. Inquiries about bringing Joyce to your next event should be directed to info@feministsforlife.org.

With the support of Hillary Clinton and under the leadership of Gov. Andrew Cuomo, New York is likely to pass a bill to make abortion legal for the “health” of a woman until birth.

In 2016, 82,189 unborn babies were aborted in New York, about half of which were taxpayer-funded abortions via Medicaid. Of those babies, 1,763 were 20 weeks along or further, meaning they may have been viable outside the womb.

Women of color disproportionately have the highest number of abortions in this country, and as we look toward remembering the contributions of Martin Luther King, we can only consider what contributions these children would have made and the desperation of their mothers. Rather than destroying their lives, help the poorest among us, working women, students, victims of violence, and others at risk of abortion. Killing is the ultimate form of racism.

New Yorkers, please speak up for mothers and children!

Also in the news, billboards in support of abortion, featuring women who say they’ve had the procedure, are going up around Iowa, The Des Moines Register reports.

Planned Parenthood’s “Say Abortion” billboards were unveiled in Des Moines last Friday. Additional billboards are scheduled to be released in other Iowa cities later this month.

We don’t need Planned Parenthood to tell us to talk about abortion. Feminists for Life of America has been talking about it since we were founded—a year before Roe!

They can’t put up enough billboards to make abortion “normal” or “sheer joy.” When most women who have abortions are women of color, women in poverty, and women who have no support from their schools or employers, we invite providers and advocates to redirect their energy and vast budgets to holistic, women-centered solutions. Abortion represents failure on every level. Women deserve better than abortion, as does every child. 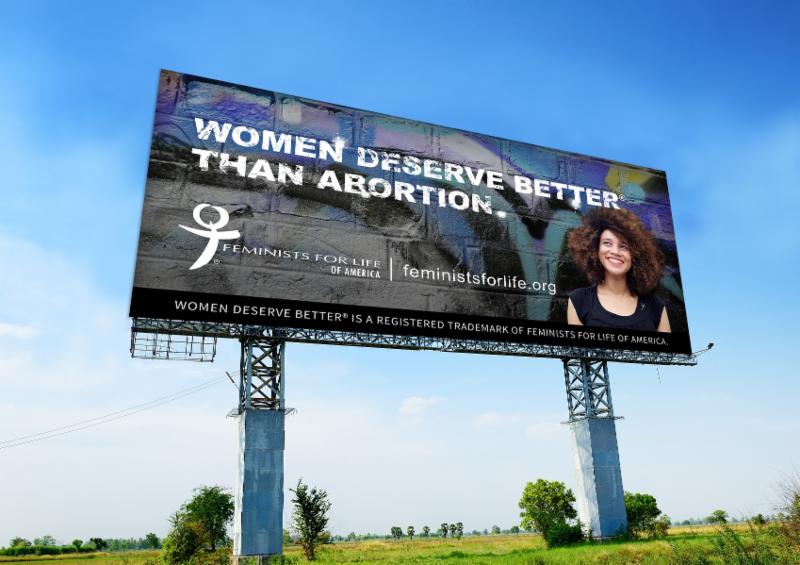 We ask that any of our Iowa-based supporters—or anyone else across the country!—who wishes to help coordinate fundraising for pro-woman, pro-life billboards in your state to contact us at info@feministsforlife.org.

Alyssa is celebrating her birthday by asking for donations to FFL, and we are so grateful.

Facebook has the option of creating a fundraiser for a cause you believe in. Whether you want to raise funds to celebrate your own birthday, a friend’s birthday, or “just because,” we invite others to consider starting their own. It’s a great way to support us on behalf of those we serve.

A complimentary year’s membership is on its way to Alyssa. If anyone else creates a fundraiser that brings in $35 or more, we will send you one as well!