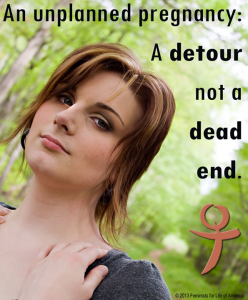 The news that Planned Parenthood is selling body parts after performing illegal partial birth abortions is sending shock waves throughout the country.   Let me tell you why I am not so shocked. It’s Déjà vu.

In 1995 when the U.S. House Judiciary Committee first heard testimony about this practice, we heard about a woman who had a late term abortion after learning that she was carrying a baby with a severe disability. Her mother-in-law pressured her to have an abortion rather than to bring a “monster” into this world.

After killing the baby they actually took a family photo — with the woman apparently in shock holding her deceased child in her arms — and they told her that her baby would help others by being donated to science.

In 2000, Feminists for Life reported in The American Feminist entitled “Human Commodities for Sale” that fetal body parts were being trafficked, many times without the knowledge of the woman.

We learned from ob-gyns that women who undergo this form of late term abortion, involving a forced breech birth, often are rendered unable to retain a pregnancy and suffer subsequent miscarriages.

We understand that babies who are aborted in the third term could often survive outside the womb, like Melissa Ohden, first introduced to you by FFL.

We know from doctors that those forcibly born, like babies naturally born prematurely, likely feel pain no matter which form abortion is happening — chemical, dismemberment, or partial birth abortion.

Partial birth abortion and other gruesome late term abortions are not performed to save a mother’s life. Never, ever.

These procedures take a long time to mechanically open her cervix — against nature. If it were an emergency, the woman would have an emergency C-section and the baby would be taken to a neo-natal unit.

The benefit to abortion providers was that they could sell the body parts. It’s not about her.

What has been even less discussed is the reason behind late term abortions. Why?  Most women who have them won’t talk about them.   From the few who have shared their stories, we hear of abandonment or coercion of women hiding their pregnancy from the people they should be able to count on the most — including the father of the child and her own parents — and even well-meaning friends.

Sadly, we hear so often that these people are exactly the same people who are driving her to the clinic — both physically and emotionally.    Sometimes you hear of women who undergo a late term abortion because of a doctor’s warning that the child is a “gross fetal anomaly.” (I just want to scream when I hear someone speak in these terms about an unborn baby.)

We can only imagine how hard it is for a parent to hear that diagnosis. But hastening a baby’s death does not help her or the child.

We remember the teacher who sought a late term abortion two years ago at Dr. LeRoy Carhart’s Maryland clinic after she received that diagnosis.

Can anyone explain to me how killing a perfectly healthy woman is “pro-woman?”

Do you ever hear abortion advocates talking about women dying from abortions?

Women need to know that there is help for parents of special needs babies, and if they are unable to raise a child with special needs, they can place the baby for adoption.

Women need to know that it is against the law for someone to coerce them into an abortion by threatening to withhold child support.

Women need to know that there are thousands of pregnancy resource centers across the US waiting to help them, who will love them unconditionally — no matter what.

Women in college need to know that the law requires that schools uphold Title IX to fight pregnancy discrimination and that they must adhere to the Violence Against Women Act — and that they can help us transform their universities and colleges to support pregnant women, parents and birthmothers.

Women have a right to know.

As the only pro-life group in a coalition to advocate for child support enforcement, as the only pro-life group active in the coalition to pass the original Violence Against Women Act, and to work for the unmet needs of the poor — including the working poor — and as the leading advocate for the last two decades dedicated to developing on-campus resources and support, Feminists for Life has been on the forefront of woman-centered solutions.   Yes, abortion rates are declining, and yes, FFL’s work has contributed to this decline — thanks to you — but with a million women a year undergoing abortions, it’s no time to celebrate.   We have got to get ahead of all forms of violence against women and children.

This is why our efforts to educate leaders in all fields and those at highest risk now — college-age women — are essential.   This is why our efforts this summer to prepare for the school year ahead are vitally important.   We are now preparing for our Annual Capitol Hill Briefing. We will have a speaker who has been coerced and had an abortion as a result of domestic violence, another who was raped while working her way through college but chose “victory over violence” and another who chose life for her child as a pro-life leader on campus.

Skeptical students who have been raised to support abortion as a “right” come to our events and recognize FFL’s unique credentials when they hear women who have “been there.”

And because 61% of women who have abortions are already mothers, and 69% are economically disadvantaged, we are busy updating our key resource for parents who are “Raising Kids on a Shoestring.”

Abortion is a reflection that we have not met the needs of women.

FFL starts and ends by listening to women.

I ask you to demonstrate your support for our revolutionary efforts because all women deserve better than abortion, and every child deserves life — no matter what their circumstances. Pass it forward.

PS I encourage you to read — or reread — the story of Jeannie Wallace French who learned that one of the twins she was carrying was anencephalic. She chose life for her child and saved the lives of two others.

See why she is one of the people I admire most in this world — and why I suggested that she testify in support of the Partial Birth Abortion Ban Act before the U.S. Senate Judiciary Committee.