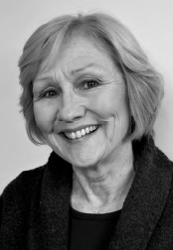 My rude awakening to the realities of “choice” came slowly. Even as I heard the ongoing arguments for and against abortion, I sat on the fence over this divisive issue for decades.

For years, through my freewheeling days as a single person, and then a failed first marriage, during a glamour-girl phase as an NFL cheerleader, through my successful second marriage and subsequent pregnancies and miscarriages, while a stay-at-home mother and later a midlife college student completing a bachelor’s degree in journalism — all that time I remained ambivalent about abortion.

Abortion’s truths first aimed at my heart in the late 1980s. From the earliest stirrings within my womb, to the later kicks and punches that formed the bumps on my belly, there was no denying life in the womb. The rhythm of the baby’s heartbeats during those first trimester check-ups further confirmed this. Like any fine works of art, newborns are the sum of their developmental parts.

Moreover, science smacked me with certainty during the single sonogram that I had while pregnant. As the technician moved the cool tip of the ultrasound machine’s magic wand across my stomach, I spotted human contours on the screen.

There was my daughter’s round head, her delicate profile, tiny limbs, and curled body attached to the cord that connected us. This fragile life that I saw via ultrasound astounded me and forever changed my views about abortion.

Maternal loss taught me even more. Four months into a pregnancy, I lost a baby to miscarriage. Medical attention was required to cleanse my uterus and reproductive system. The piece of equipment used for this procedure whirred like a vacuum cleaner. The sound sickened me.

Since I accepted miscarriage as God’s will and nature’s way of ending a pregnancy, I moved on with my life. Or so I thought. One September day — five years after that horrible experience — I sobbed as I drove past our children’s elementary school. It suddenly occurred to me that my deceased baby would have entered kindergarten that year.

About five years later, I began writing. My freelance newspaper commentaries covered lots of topics, including abortion. Curiously, that issue badgered me until I was willing to give it my undivided attention. I decided to follow my gut feelings about abortion and began with research.

A first stop in this investigation was attending a lecture by Feminists for Life’s President Serrin Foster at Villanova University in 2003. Ms. Foster taught me genuine feminist history. I continued by digging up facts about abortion from other sources. Before I knew it, I’d written a book that I never planned to write about a tough subject that once meant little to me.

I later lectured for the educational group Pennsylvanians for Human Life for several years. I created a website, “Mother May I… Be Born?” where I wrote a daily blog. Today, I contribute weekly to the Pro-Life Union of Greater Philadelphia’s “Facts of Life” blog and support both PHL and the Pro-Life Union when opportunities arise.

Being a pro-life apologist is a challenge, but whenever I encounter others in the movement or at the annual March for Life in Washington, I count myself lucky to be in such good company.

Marybeth T. Hagan is the author of Abortion: A Mother’s Plea for Maternity and the Unborn. Her commentaries and stories have been published in local and national newspapers and magazines.