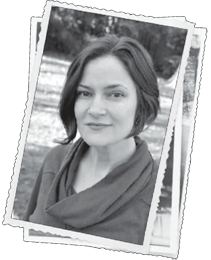 I was a 17-year-old drug-using high school dropout when I learned I was pregnant for the first time. Everyone around me wanted me to get an abortion… except me. I already thought of myself as a new mother. While I was terrified, I still assumed that I was going to have a baby.

I stopped using drugs, checked out a book from the library titled Under 18 and Pregnant, and called the local assistance office to get on Medicaid. I scheduled my first prenatal check-up. The pressure over the ensuing few weeks, from all sides, was relentless. I felt alone and abandoned.

My first appointment for an abortion, I literally ran out of the clinic when it was time to disrobe. But two days later, I finally caved to my boyfriend’s insistence not to have our baby. I had the abortion. It nearly killed me. Not the surgical procedure, but the psychological aftermath. A few weeks after my abortion, consumed by intractable guilt, I tried to kill myself.

Thankfully, I survived my suicide attempt and spent a month in an adolescent psychiatric unit to recover. But my wounded psyche seemed to construct a shield as protection from further examination of what I’d done and to prevent me from accepting responsibility for my part in the death of my first child.

In spite of all I went through, I remained pro-choice. So much so that within weeks of my discharge from the psych unit, I marched in Washington in support of abortion and soon after started volunteering as an escort at an abortion clinic. Eventually, I was hired as a full-time employee and worked at that abortion clinic for more than five years. In hindsight, I seemed to have been surrounding myself with people who thought abortion was O.K., no big deal, in the hope that someday, I would believe that, too.

I did every job at the clinic except doctor and nurse: I answered the phone, took payments, counseled, was a medical assistant, and scrubbed and sterilized surgical instruments. I have seen it all. But it wasn’t until learning of a surrogate mother who was paid her contract price IN FULL to abort the baby diagnosed with Down syndrome she was carrying that I finally became pro-life. It was a true “ah-HA” moment for me. Abortion was wrong on a fundamental level. Children were now commodities to be created, bought, sold, or discarded at will — and I could no longer call myself pro-choice.

This horrifying truth led me to question abortion and fully examine my position, ask myself the hard questions, and ultimately assume responsibility for my own abortion and my role in the abortion industry.

Feminists for Life’s mission hit home with me immediately: Eliminate abortion by addressing the root causes that drive women to such a desperate “choice.” Most important for me are the lack of resources and support for the most vulnerable — students, working women, poor and struggling families, and victims of domestic violence and sexual assault. Feminists for Life was the first pro-life organization I joined, and I’d been volunteering for FFL for a year and a half before coming on board as editor of The American Feminist.

I think stories like mine offer perspective into the processes by which a mind can be changed. I’m honored to be named FFL’s newest speaker. If my story can help to raise expectations for the lives of women to choose life for themselves and their children, then I’ll keep telling it.