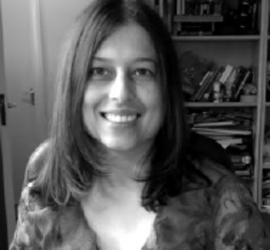 I attended Oxford University as an undergraduate 20 years ago to study English Language and Literature. As a serious and intellectual 18-year-old, I began to develop my feminism and my Christian faith as a Roman Catholic. Although in many ways I found that my feminism and my faith were compatible, abortion seemed to be an area where it was not possible to be both a good feminist and a good Catholic.

The right to choose, reproductive rights, control over one’s body — these were standard feminist beliefs expressed through a commitment to campaigning for abortion on demand. Abortion on demand was — and still is — illegal in England. Abortions on demand are carried out via a loophole whereby two doctors sign that a woman’s physical or mental health will suffer if she continues with her pregnancy. But as a Christian, and particularly as a Catholic, I knew life to be sacred. I thought I had to choose between my feminism and my faith.

I was confused and scared. I didn’t want to choose between my feminist friends and my Catholic friends. I desperately wanted acceptance within this new group of mainly like-minded feminist women, and so I was afraid to speak out against abortion in these feminist circles. I allowed all the feminists around me to assume I was pro-choice. I was also scared of myself. Given my ambivalence, I didn’t trust myself to reject abortion as an option, were I to find myself in a difficult situation, however unlikely this would have been. After an abusive childhood, I felt fragmented. Part of me was loving but also weak; another part was assertive, angry, and selfish; yet another part was intellectual but cold. My intellectual side ruled me, and it was undecided on abortion. This made me nervous and insecure.

As I continued to develop intellectually, however, I explored feminist theory and traditions more deeply. By doing so, I discovered that the modern Anglo-American feminist tradition that said that women must gain political equality with men by emulating them and promoting abortion was only one brand of feminism. I was excited to discover a different feminist tradition: French feminism, which I quickly learned to be more female-centered than its Anglo-American counterpart. In the French tradition, woman is not defined in relation to man. Woman can reclaim herself, her writing, and her body. Physical differences between men and women are not downplayed, but rather celebrated. The womb is the center of a woman’s sexual identity, and abortion is, in short, a denial of womanhood. I eventually came to see that being pro-life was more deeply feminist than being pro-choice, because the pro-life position was woman-centered.

So ultimately (and amazingly, given the conflict with which I began), I found that the seeds of my pro-life, refuse-to-choose belief lie as much in my feminism as in my faith.