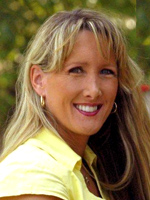 I was adopted nearly from birth and raised in a Jewish family. At 18, I learned that I was conceived out of a brutal rape at knifepoint by a serial rapist. Like most people, I’d never considered that abortion applied to my life, but once I received this information, all of a sudden I realized that not only does it apply to my life, but it has to do with my very existence. It was as if I could hear the echoes of all those people who, with the most sympathetic of tones, would say, “Well, except in cases of rape. . . ,” or who would rather fervently exclaim in disgust: “Especially in cases of rape!!!” All these people are out there who don‘t even know me, but are standing in judgment of my life, so quick to dismiss it just because of how I was conceived. I felt like I was now going to have to justify my own existence, that I would have to prove myself to the world that I shouldn’t have been aborted and that I was worthy of living. I also remember feeling like garbage because of people who would say that my life was like garbage — that I was disposable.

Although my birthmother was thrilled to meet me, she did tell me that she actually went to two back-alley abortionists, and I was almost aborted. After the rape, the police referred her to a counselor who basically told her that abortion was the thing to do. She said there were no pregnancy resource centers back then, but my birthmother assured me that if there had been, she would have gone if at least for a little more guidance. The rape counselor is the one who set her up with the back-alley abortionists. The back-alley conditions and the fact that it was illegal caused her to back out.

Most people’s position on abortion in cases of rape is based upon faulty premises: 1) the rape victim would want an abortion, 2) she’d be better off with an abortion, and 3) that child’s life just isn’t worth having to put her through the burden of carrying her pregnancy to term. I hope that my story will be able to help dispel that last myth.

The Feminists for Life ad in which I appear, “Did I Deserve the Death Penalty,” was featured as a large display at an event at UC Berkeley where I was scheduled to speak. I was told that a man stopped and looked at it for a long time, then said, “I think you just changed my mind.”

In December 2011, I was fortunate enough to speak directly to Texas Governor Rick Perry, who was then a candidate for the Republican nomination for President of the United States, and I reminded him that, according to the Supreme Court, the rapist didn’t even deserve the death penalty. After speaking with me, he changed his mind and instantly became 100 percent pro-life, with no exceptions. If you can change the heart of a governor, during a presidential campaign, then you can change the heart of anyone. Don’t just make this out to be a philosophical discussion, but put faces and stories to the issue because that’s what pierces the heart.

Most important, I’ve learned that your value is not based on the circumstances of your conception, your parents, your siblings, your mate, your house, your clothes, your looks, your IQ, your grades, your scores, your money, your occupation, your successes or failures, or your abilities and disabilities. The truth is that you don’t have to prove your worth to anyone. Every life is valuable.

Rebecca Kiessling is a family law attorney, public speaker, and Director of the nonprofit organization “Save the 1,” whose mission is to save the 1 percent — the “hard cases” where pregnancy is the result of rape or incest — by removing exceptions from the law, ensuring that all unborn children are legally protected, and by educating the public on the worth of every human being, regardless of the circumstances of his or her conception.