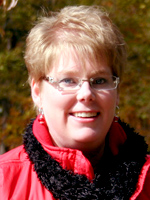 As an adoptee, placed three days after my birth, I grew up in a loving, Christian family. I have known about my adoption since I was a young girl. It was something my parents did not want me to be ashamed about. I attended a Christian school up to the fourth grade. This, along with church, became the foundation of faith that I would learn to depend on.

As an adolescent, I began to struggle, emotionally and socially, with my adoption. I often had feelings of low self-worth and questioned my existence. The questions of where I came from and why I was placed for adoption began to consume me. High school was extremely difficult for me. I learned how to create a wall and turned my emotions inward. My ultimate fear was hurting my adoptive parents by questioning my adoption. They are wonderful parents. I just had a void that no one could seem to fill.

It was not until I was 30 years old I decided to ask the difficult questions surrounding my existence. I was finally at a point in my life that I could let down the wall that I had worked so hard to keep, and for so long. I also expressed an interest in searching for my biological mother. Once I asked the questions, I found I was very unprepared for what I would hear.

When I was 13, my parents had read an article in the local newspaper that included my biological mother’s name. The article was in regard to my biological mother and that she was prosecuting her father for sexual abuse over the previous twenty-plus years. It went on to state that there were six children conceived from the abuse. The first pregnancy was terminated due to physical abuse by my biological mother’s father, the second was my birth and adoption, and the four subsequent pregnancies were terminated through abortion to cover his actions. When I first learned this, I was shocked.

It took me about a week of reflecting on the information before I decided to pursue finding my biological mother. After only two days of searching, I located her. The main concern I had with moving forward in my search was bringing up more trauma in her life. Fortunately, she welcomed me into her life, and in turn, it brought her some sense of closure. She had been told that it was likely that I did not survive, due to an illness I had at birth.

Now, my passion is to serve others who may be facing difficulties with any aspect of adoption. As my story reveals, God can take something bad and make it an opportunity to do something miraculous. There is value in every human life.

Since learning of her conception, Kristi Hofferber speaks publicly about her story and the value of all human life. She is working toward a degree in social work and plans to pursue an additional degree in adoption counseling.