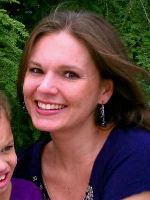 Some women who become pregnant after being raped are coerced or pressured to abort or may feel an obligation to abort. My daughter, whom I adopted, was conceived in rape. Her birthmother was only 13 years old. She said she was told by the abortion clinic staff that “no one will want a biracial rapist’s baby.” They refused to let her see the ultrasound picture and, although she was 20 weeks pregnant, told her that her baby wasn’t formed yet. They also told her that she was “too young” and would die if she tried to have the baby.

She gave in, believing that she would die trying to have a baby no one would even want. The doctor began a second-trimester abortion under only local anesthesia. They never explained fetal development, the procedure, risks, options, etc. She was in so much pain that the doctor stopped and rescheduled the abortion, telling her mom to bring more money for general anesthesia because “she is making my job too difficult.” She then got accurate information and took a stand for her unborn daughter. Her attempted abortion was not a cavalier decision; she was only offered an uneducated and coerced “choice.” She believed the shame wasn’t in aborting but that the shame would be in having a “rapist’s baby.” They made her feel like it was wrong and dangerous to even consider giving birth to a baby conceived in rape.

I was in the room when my daughter was born; the birthmother’s older sister was her labor coach. It was an amazing experience. The birthmother’s own mother, who initially wanted the baby aborted, instantly fell in love with this little girl. I honestly think people were expecting the baby to have horns or to be a mini-rapist. Yet out comes this fat-cheeked, curly-haired little thing with the prettiest green eyes — everyone was crying tears of joy! I went straight to the young birthmother and just held her and cried. I said, “You did it! You did it! She is here!” She replied, “Thank you! You were right. She is worth it.”

Never at any time was her unborn baby any less human, innocent, alive, and worthy of being treated with dignity and respect than a child conceived in a deliberate act of love. She was and is a precious little girl who is loved and wanted, regardless of the circumstances of her conception, her race, her status, or her abilities. The abortion attempt left her with challenges she will face for the rest of her life. Her birthmother is also very much alive, and we love her so much. She loves her daughter and getting to watch her grow up. The point is, the unborn are equally living humans, regardless of how they were conceived. Abortion — all abortions — kill innocent humans. It isn’t like abortions on women who accidentally become pregnant kill babies, while abortions that “terminate a pregnancy” that is a result of rape somehow don’t kill an actual human baby. Either the unborn are living humans, or they are not. And either all innocent humans are deserving of the right to life, or they are not. Personally, I refuse to accept discrimination against little ones like my daughter.

Julia Schoch is the Director of Respond to Life, a Christian pro-life organization dedicated to making abortion illegal.