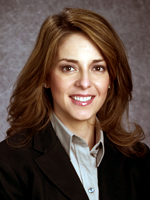 I have often heard that children spared from abortion are called to be advocates for life. I speak from experience as a living example.

My mother suffered from an aggressive form of heart disease at the time she became pregnant with me, her fourth child, at the age of 42. When the doctor gave my mother the news, he told her continuing the pregnancy (me!) could kill her. Further, he said, “At your age and with your medical condition, the chances of carrying a ‘normal’ baby to term are slim. It’s not worth the risk.”

My mother went home that afternoon in tears, worrying about how to break the news to her family. Her own mother said, “You’re pregnant! How could you be so irresponsible?” In spite of the doctor’s professional opinion, and advice from those around her, my mother chose to carry to term.

A week before she was due, she was lying in bed and told my father, “Honey, I know that everything is going to be okay, but if you’re faced with having to make a choice between me and the baby, I want you to have this baby.” With tears in his eyes, my father said, “But I can’t raise three kids on my own.” My mother calmly grabbed his hand, smiled, and said, “Honey, you’re not going to be raising three kids on your own, you’re going to be raising four. It’s going to be okay.” If my mother had chosen to abort, she never would have known that she was going to give birth to a healthy baby girl or be able to relate this happy memory 30 years later.

Though I knew the circumstance surrounding my mother’s “unplanned” pregnancy, it wasn’t until I was faced with a woman contemplating abortion as a volunteer at a pregnancy resource center that I felt we have failed women terribly if the only “choice” we can offer women in crisis pregnancies is abortion. The circumstances and good fortune of my birth—that my mother risked her life to give me life—empower me in my work as the founder and Executive Director of a pregnancy center in Texas.

I began the organization at the age of 24 and it took me exactly a year and three months to raise enough funds to open the doors. I have worked with many women contemplating abortion. In the six years that I have been working with women in unplanned pregnancies:

“I can’t support a child right now.”
“This wasn’t part of my plan; I want to continue my education.”
“How will I care for this child while continuing my career?”
“I’m just not ready to be a mother.”

Why don’t women have the resources, educational opportunities, emotional support, and job security available to pursue their goals so they’re not forced to make one of the hardest choices they will have to live with for the rest of their lives? Even when a woman says to me “I have a right to choose,” if a woman chooses to have an abortion because she has no other options, we have failed her. Does having only one option, the option of abortion, represent true choice for a woman?

Most women do not have abortions as a matter of “choice” but because they feel they have no resources to support a different choice. A coerced decision is not a free choice—it’s a last resort.

Statistics from the Guttmacher Institute, Planned Parenthood’s former research arm, show that there are reasons, most often financial or emotional, why a woman feels she must have an abortion.

As women, we need to love and empower each other and ourselves.

Abortion has hurt women by diverting feminist attention from other issues, particularly those that help mothers, such as prenatal care, maternity coverage, affordable childcare, and a living wage.

Abortion is a reflection that we have not met the needs of women. We need to systematically work to eliminate the root causes of abortion—which are lack of practical resources and support. I refuse to give up on women, because women deserve better® than abortion.

Angelica is now married and raising two young children of her own. She also speaks on behalf of FFL. A short version “I AM that Exception” is available on FFL’s YouTube channel. www.youtube.com/FeministsForLife