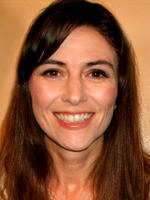 Love is stronger than fear. I became pregnant due to rape, and I chose to love and raise my child.

I thought that I had succeeded in fighting off my rapist despite the fact that my body was wracked with pain and there was blood. I remember the smell of my own blood in that struggle to fight him off like it was yesterday. Later, I learned that I had become pregnant from his attack. Many people pressured me to have an abortion because I was raped, though they called themselves pro-life. From the beginning, I had to stand up to those people who would not respect my choice, because I wanted to love and raise my child, not be pushed into any forced adoption arrangement or starved into submission by any individual, even as I willingly followed the direction of my physician to preserve and maintain my pregnancy. My child is absolutely worth every moment of this experience I am sharing with you.

Love is stronger than ignorance. “Oh… but every time you look at your child… don’t you think of being raped?” Despite this downright bizarre question I have repeatedly had to endure as a rape-survivor mother, the truth is that every time I look at my child, I think of how grateful I am for this love in my heart and the joy of being a mother to someone so beloved to me who is just absolutely wonderful.

In most states in America, rape is the beginning and not the end of the battle. In particular, when women speak up about being raped, the treatment received is often something which can only be compared to a type of misogynist, medieval witch hunt. Though according to the American Prosecutors Research Institute, 92-98 percent of rape allegations are true, there remains an expected villainization of a rape survivor who comes forward. (See the National District Attorneys Association website.) Therefore, it is sad to acknowledge, but not surprising, that there is an absence of legal protections for women who are mothers to these children and who choose to keep and raise them. Some states have no legal protections at all, but there are some that do. At this time, it remains unknown whether any national laws will be put in place to address women who are raising their children conceived from rape and also for the children themselves. But that is my hope, because my child is absolutely worth it.

Analyn Megison is the co-founder of Hope After Rape Conception, whose mission is to assist rape survivor mothers and their children.

Editor’s Note: Feminists for Life of America was the only pro-life organization to actively support the Violence Against Women Act.