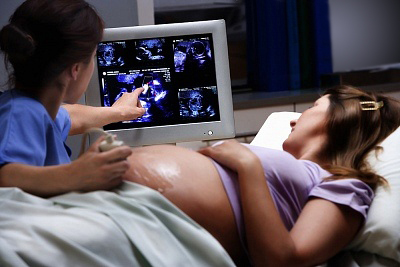 Feminists for Life has never pretended to have expertise in the delivery of health care services. We do not. But we have heard the voices of women who mourn from their abortion. We listen to the victims of sexual assault and domestic violence. We hear the needs of women who are pregnant and need help. And we listen to the pleas of parents and birthparents.

Like most Americans, we are pleased with some key elements of the Patient Protection and Affordable Care Act as they relate to our mission, which is to systematically address the unmet needs of women that would otherwise drive them to abortion — especially practical resources and support. So we are pleased that parents may keep their children on their health care until age 26, especially since so many are in college. And we are pleased that preexisting conditions will not exclude victims of domestic violence from obtaining coverage.

Under the current law, federal funds cannot go toward abortion except in cases of rape, incest, and when the life of the pregnant woman is at risk. However, in March 2012, the U.S. Department of Health and Human Services issued a final rule regarding establishment of the state health care exchanges required under the Patient Protection and Affordable Care Act (PL 111-148):

A health insurance exchange is a set of state-regulated and standardized health care plans in the United States, from which individuals may purchase health insurance eligible for federal subsidies. Under Federal law, all exchanges must be fully certified and operational by January 1, 2014.

As authorized by P.L. 111-148, the final rule provides for taxpayer funding of insurance coverage that includes elective abortion. This departure from the longstanding policy is accomplished through an accounting arrangement described in the Affordable Care Act and reiterated in the final rule.

To comply with the accounting requirement, plans will collect a $1 abortion surcharge from each premium payer. The enrollee will make two payments, $1 per month for abortion and another payment for the rest of the services covered. As described in the rule, the surcharge can only be disclosed to the enrollee at the time of enrollment. Furthermore, insurance plans may only advertise the total cost of the premiums without disclosing that enrollees will be charged a $1 per month fee to pay directly to subsidize abortions.

If abortion were such a great thing, why keep this coverage such a secret?

• The final rule mentioned, but did not address concerns about abortion coverage in “multi-state” plans administered by the Federal Government’s Office of Personal Management (OPM). There is nothing in the Affordable Care Act to prevent some OPM (government administered) plans from covering elective abortion, and questions remain about whether OPM multi-state plans will include elective abortion. If such plans do include abortion, there are concerns that the abortion coverage will even be offered in states that have prohibited abortion coverage in their state exchanges. The final rule indicates “Specific standards for multi-state plans will be described in future rulemaking published by OPM…”

• In addition to coverage for abortifacients, FFL is concerned that coverage could expand to RU-486, known to have caused the death of women as well as unborn children.

• Multi-state plans run by the Office of Personnel Management that are subsidized partially by taxpayers — and against the will of many — will still be allowed to cover abortion.

• Funding for abortion training is not excluded from the Teaching Health Graduate Medical Education program. We oppose forcing of medical students to be trained in abortion or forcing them to watch or participate in the procedure. (Although they must learn about it in order to save women who are injured from the medical and surgical abortions.)

• The Patient Protection and Affordable Care Act has no conscience protection for individuals or employers like Feminists for Life.

Good upon bad is never good enough. Therefore, we urge our elected leaders to remember the woman — as well as the child — and resolve the problems while still implementing pro-woman, pro-child solutions.